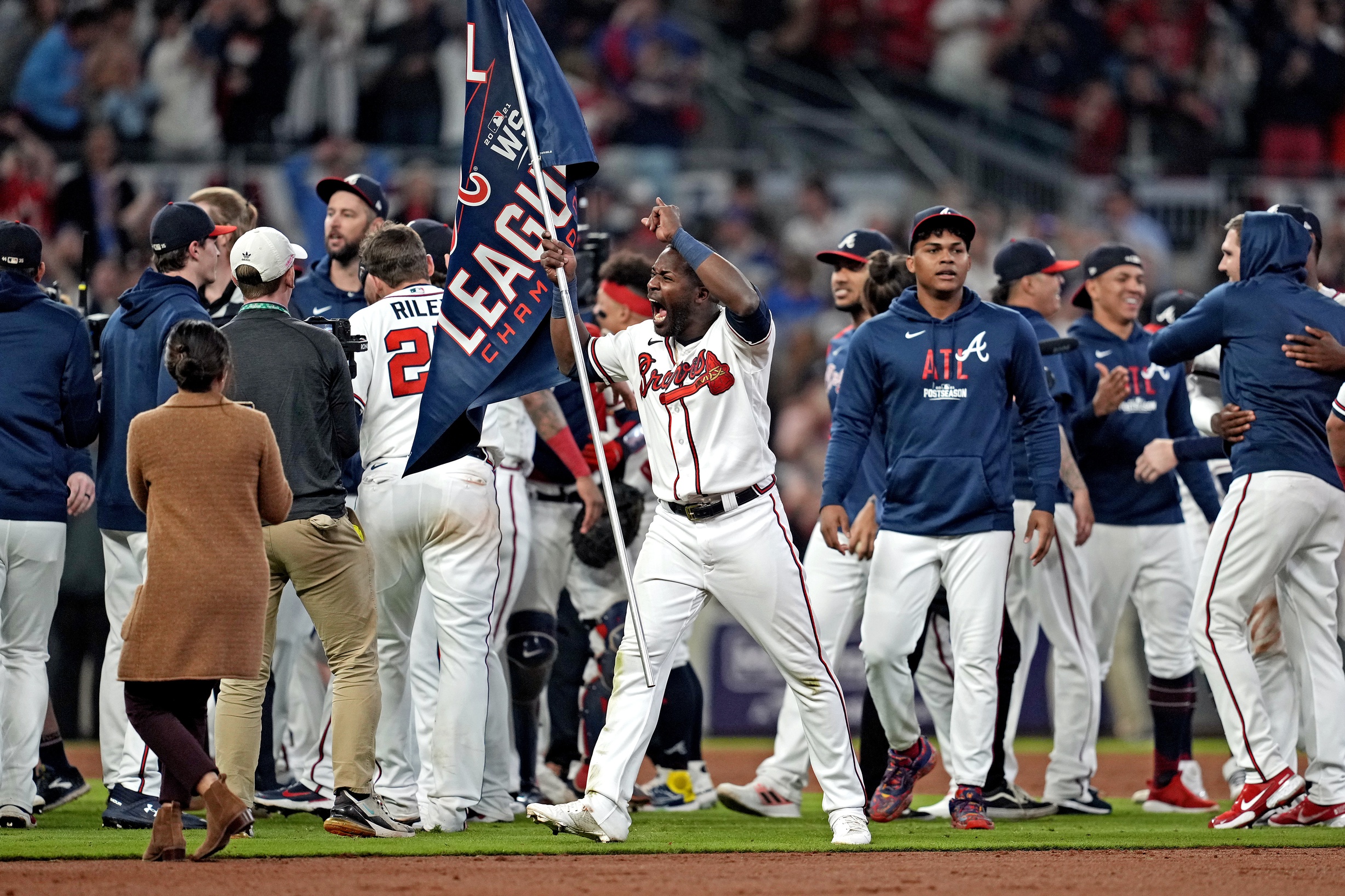 The Best Plot Twist Of The MLB Season!

6 months ago, MLB moved their All-Star Game out of Atlanta because they didn’t want the event to take place in a state they disagreed with on one political topic/issue. Now, the league’s biggest event will be in Atlanta on Friday Night for Game 3 of the World Series.

The Braves moved to Atlanta in 1966 & went without a World Series appearance for the first 25 seasons in the new city. Then, they went to the series 5 times in the 1990’s, winning the piece of metal World Series trophy once in 1995. Their last appearance of the decade came in 1999, & since then, another 22 years without hosting a World Series game.

One great decade in the middle of two 20 plus year World Series droughts makes this beautiful for the city of Atlanta because it’s been a long time coming once again.

What makes it even better is what MLB did to the city of Atlanta earlier in the year.

In April, I wrote about MLB’s decision to move their All-Star game from Atlanta, Georgia to Denver, Colorado because the league succumbed to political & societal pressures. You can read my article here:

In the article I mention why the move was made, the economic impact for a city hosting a major entertainment event & the differences in demographics (and business demographics) between Atlanta & Denver.

Who do you think got hurt the most?

Atlanta Loses Out on $100 Million Revenue Because of MLB

It’s estimated that MLB and its fans would have brought $100 million into the city’s economy due to tourism spending. Major League Baseball, and the powers that be, basically wire transferred that revenue to Denver.

The city missed out on that potential $100 million when MLB decided to ditch them for the All-Star Game earlier this year. If you read my article you know that this loss disproportionately affected black businesses in the city of Atlanta.

But, no matter how much MLB & the political powers that influence the league & our world try to rob black businesses in Atlanta, they will not be denied!

30% of businesses in Atlanta are black owned

Economic Impact of The World Series

The World Series is a bit different than the MLB All-Star Game. The All-Star Game comes with other events & people will often be there from Saturday-Wednesday of All-Star week. People need places to stay, eat, find entertainment, shop, experience the city, etc. They have all week to do it, too.

The World Series is different because it’s split between two cities. Games 3, 4 & 5 are in Atlanta this Friday, Saturday & Sunday. The other 4 games are to be played in Houston.

The All-Star Game also features players from everywhere. Fans of all MLB teams & many players have incentive to go to All-Star week, whereas the World Series only features two teams & less fans of the other 28 teams will be in attendance.

Point is, less money gets spent in the host city of the World Series than in cities that host the MLB All-Star events. In 2019, it was estimated that $6-$9 million was generated in Houston per each World Series game in the city. While this isn’t comparable to the potential $100 million the League robbed Atlanta of earlier in the season, at least they get to experience their first World Series in Atlanta since 1999 & the local businesses get to reap the benefits of a major MLB event at last.

The World Series WILL be in Atlanta, despite MLB not wanting to host any of their major events in the state of Georgia.

Honestly, I doubt MLB even cares anymore since they were just grifting in that moment anyways. But still, it’s a bittersweet way to end the season, especially if the Braves win it all & bring the trophy back to Atlanta.

Atlanta, you deserve it!