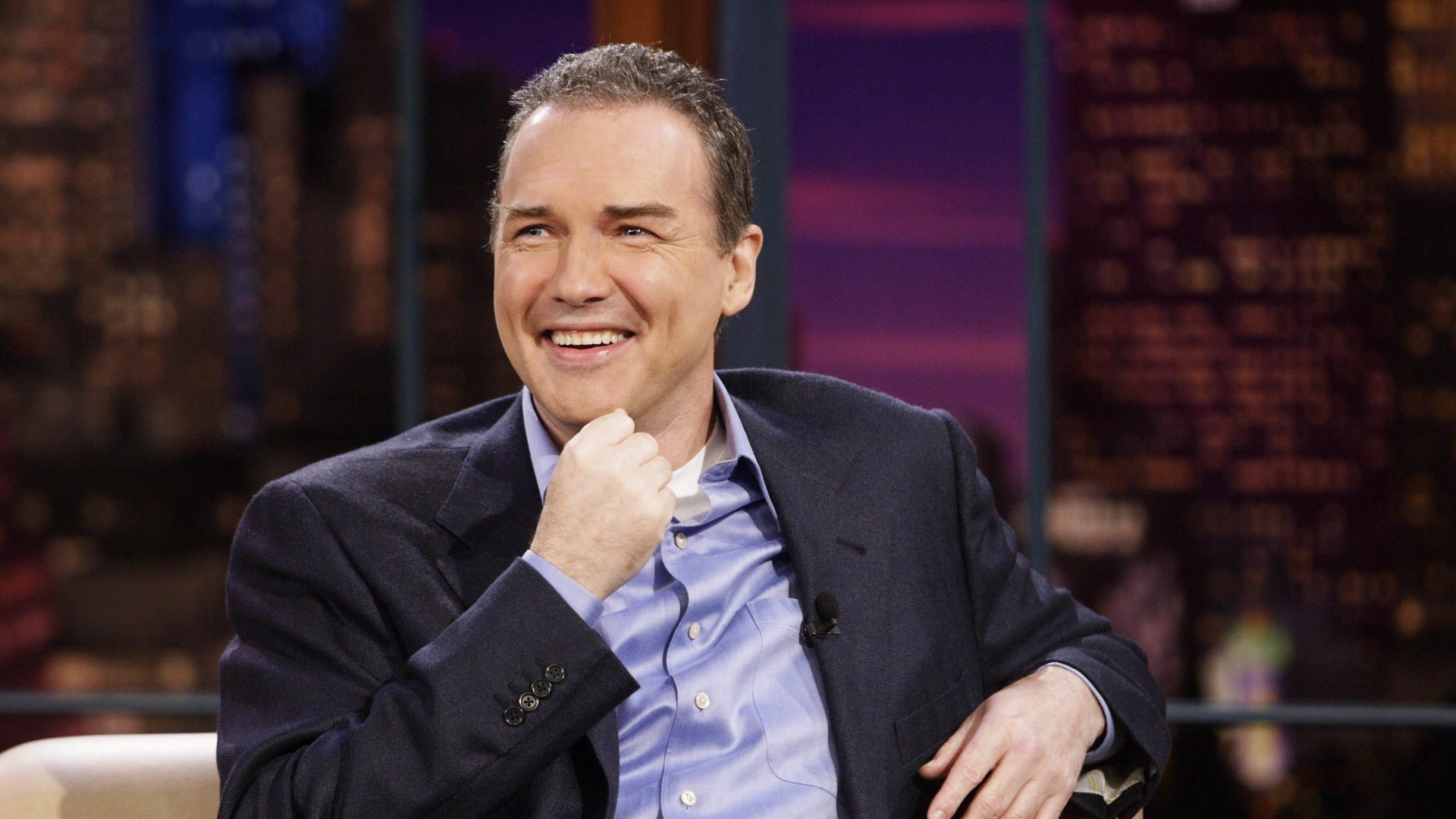 Norm Macdonald Battles to a Draw with Cancer

On the month when this website has rebranded from Jianchor to Men of Order, we honor a great man. There’s been a major, recent uprising for men to start “pushing back,” speaking up, and to reclaim masculinity.

While I tend to agree with this sentiment, what we are witnessing instead is a disorganized and confused male demographic on what this means, exactly. In the digital age, men have equated being masculine to having a braggadocios rhetoric on social media, keyboard warrior’ing, commenting on every socioeconomic matter and competing to win at the expense of women. And let’s not forget the fake tough guys who think that in order to reclaim a masculine culture means to prove they are tough by announcing it to the world.

Whatever happened to the pen is mightier than the sword? Or as King Odysseus told Achilles in the movie Troy: “You have your sword; I have my tricks. We play with the gifts the gods give us”.

We all have our flaws. Compassion seems to be needed more by the day. But there are forces that have weaponized compassion. With a little psychological warfare, this has made dormant what would otherwise be vocal men, prone to speak up on important issues.

So, the last thing I’ll do here is tell you I have the answers; or that you are not doing enough. But what we should do is recognize that being a man includes excelling at his craft. And it includes inspiring other men to pursue their own selfish interests, provided these interests do not cause harm to others.

It’s with this spirit that we honor the great Norm Macdonald. There is something special about standup comedians in the States. In their respective primes, they encapsulate the pulse of the country. The greats make us think well after the punchline of a bit has had time to resonate. And, of course, they say what we are all thinking but too scared or too inarticulate to ever utter. I have special place in my heart for the standup comedian. It’s not a heroic job… we throw “hero” around too haphazardly in our culture. But it is brave; it is courageous; and it is unquestionably American.

The comedian self-deprecates himself, puts on a front as not willing to have a real job, as being lazy and unmotivated. Yet, the standup comedian overwhelmingly starts off making no money. They are met with boos; or awkward and cringe worthy silences in near empty, dark rooms in small-town USA for years.

They travel to remote destinations, practically beg for spots just to practice new routines in front of live audiences and relentlessly hone bits for years before we ever see them on a TV screen. They work jobs as bartenders, warehouse workers, waiters, deliverymen, and janitors during the days/afternoons and burn the candle at both ends later that night at clubs that are not well known. They are all nearly self-made.

It’s almost TOO blue collar. No health insurance. No guaranteed salary/income. No retirement account. The method by which they entertain us is not done through making beautiful music, displaying some freakish physical ability or coordinating with others on some universal project.

It is a job done alone with nothing but the words you utter. The recipients of this product have high expectations, little patience, and can be ruthlessly critical despite not having 10% of the fortitude or brass that is needed just to step to the mic in front of an audience of strangers.

Norm was heavyweight, a titan. No one was truer to his profession and craft. He was always on. While many important comedians have their place in history, few were 100% dedicated to “the funny” like Norm.

Many comedians work on other projects, appear on political shows, engage in intellectual/socioeconomic discourse in the media, and branch out to a range of acting roles. Of course, Norm did many of these things as well but no one was ever dedicated 100% to “the bit”.

Sometimes the jokes were straightforward for everyone. Other times they were on the talk show hosts for the audience’s benefit. Sometimes the jokes were on us as the audience and by the time we came to that realization, it was too late. He would use a whole segment of a late-night talk show to draw out one, excruciating story with unnecessary detail, only to deliver a vanilla punchline; the joke itself, was the length of time it took only to deliver an anticlimactic conclusion.

He made the hosts and audience members of “The View” lose their minds with his stubbornness and wit on touchy subjects he knew the hosts would hate. He instigated, pushed buttons, and provoked but only if he thought we would get a chuckle out of it.

They say that comedians like Norm “don’t give a fuck”. Well, I argue in the extreme opposite direction. He cared more than anyone. He wanted the laugh and only the laugh; he wanted us to be entertained. What he didn’t care about was is if he got the laugh via making a TV host cringe.

Norm went after every PC topic (go down the YouTube rabbit hole): race, homosexuality, mental retardation, women’s rights, murder, 9/11, Hitler (how many comedians name a Netflix special after potentially the evilest being in history), Stalin, religion, homelessness, and obesity. But somehow, someway, could do it either in a PG manner or so absurdly vulgar that even the most uptight prude would let out a chuckle with the Macdonald one-of-a-kind-delivery.

He has perhaps had more public, hall-of-fame moments than any other comedian. When the stage lights got brightest, Norm turned up the shock factor with his monotone, dramatic pause cadence. The White House Correspondence dinner with Bill Clinton was a classic.

The roast of Bog Saget was hilarious.

The OJ joke at the ESPY’s made Ken Griffey Jr. shake his head in utter shock… nobody put up the body count of Norm in the biggest of comedic moments.

The influential comedian always has some sort of political bent, socioeconomic view, or manner of judging one side of a topic. Norm did not do this. He did not want to appear smarter than the audience, even though he was. Truly dedicated to the craft.

And that’s all it takes. You do not have to be the toughest guy on the block, the smartest guy in the room, or tell the world how great you are. You… me… all of us can take a page from the Norm Macdonald playbook. All the 10-cent advice that lives on the internet: “Find your purpose”; “Find your passion”; “Make an impact.”

Some of us don’t know our purpose and are passionate about many things. The overwhelming majority of us will not make an impact much beyond our inner circles; this is a hard truth in a competitive society.

BUT… you can dedicate yourself to a discipline and never stray from it. Bonus for you if it is something you love and are passionate about. Regardless, the point is that if you fully commit to anything, your impact will be felt by more people than could ever be felt just by following the cookie cutter, motivational quote advice sprayed in undiluted fashion across the interwebs.

Pick a path. Focus. Struggle. Commit. Is it the pen? The sword? A product? A service? It doesn’t matter. Relentlessly pursue it. And all that notoriety that was your original (and misguided) motivation? Just may come when you least expect it by providing actual value.

Norm made us laugh because he wanted to. I want to inspire others to own their health, question authority and seek out independent, critical thinking leaders solving the problems caused by our fracturing institutions. I have relentlessly pursued this goal solely for myself over the years. I have not made it a point to inspire others up until this year. And now I want to. So… I won’t stop. I’m in the open mic phase of my pursuit and am just getting going. Many of you are in this spot as well with your endeavors: be it a career, family or financial. Norm was all about the funny. I will be all about health sovereignty and independence.

What will you be about?