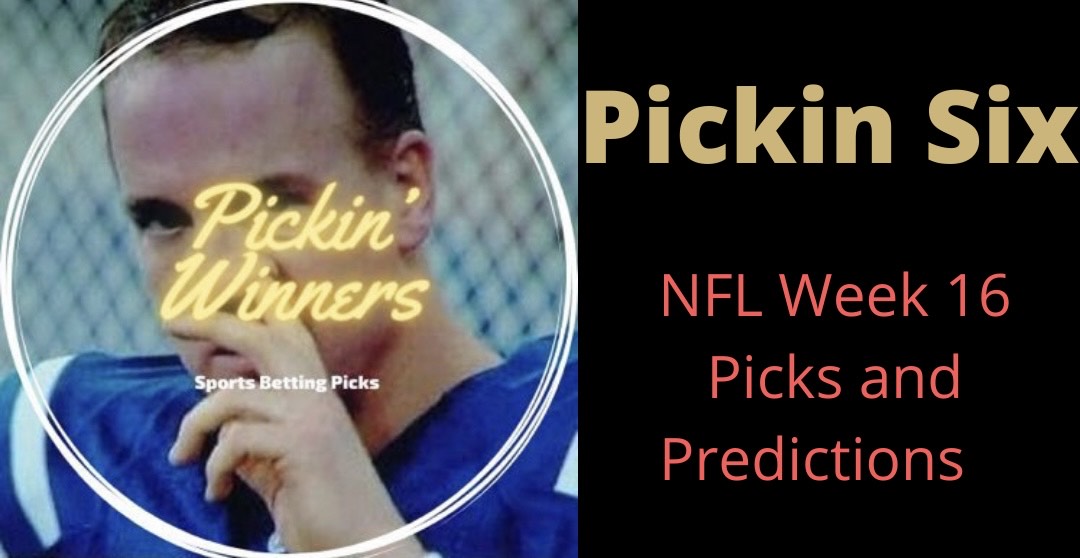 Pickin Winners Locksmith back again to dissect the Week 16 NFL slate, with games decimated by injuries and players in covid protocols.

This game is taking place at Lambeau Field, where the weather can be ever so unpredictable. Cleveland gets pretty cold but the Packers essentially play in Canada, so few visiting QBs other than Eli Manning have had success. Baker Mayfield has continued to underperform and will struggle against the Packers defense without key contributors to this Brown’s team. With Devante Adams back, Aaron Rodgers is back to peak form and is ready for a playoff push. He’ll look to make a statement as we inch towards the playoffs. Also just want to throw in that the Packers have the best record ATS in the league. Pack -7.5

This pickem is easily the toughest game to pick this week. The Cards look to clinch a playoff berth with a win after they lost to the Lions last week. Kyler Murray has thrown too many picks in the last two weeks for comfort. The biggest deciding factor in this game will be the pass protection of Carson Wentz. Two starting O-linemen are out for Saturday and star Quentin Nelson was a late addition to practice towards the end of the week, as was Wentz. The Colts defense has some holes and this is a great opportunity for Kyler Murray to get going. Both teams can put up points. I’m siding with the more complete team and the team that should be hungrier. Cards -1

Baltimore has been surprising without Lamar Jackson. Their offense hasn’t missed a beat as Tyler Huntley plays that Lamar role to perfection. He would have led the Ravens to push OT against the Packers if not for that ridiculous coaching decision to go for two. The Bengals are due to put up points after after facing the soul sucking Denver D. Both defenses are banged up and both offenses are likely to put up numbers this week. Over 46

This game can’t be as low scoring as the matchup in Buffalo. Or can it? Every weapon other than Hunter Henry for Max Jones is questionable. The Pats defense is still formidable and Bill Bellicheck has had the Bills’ number his entire tenure at the helm. Mac Jones will struggle without weapons and Josh Allen won’t easily put up 30 points. Under 43.5