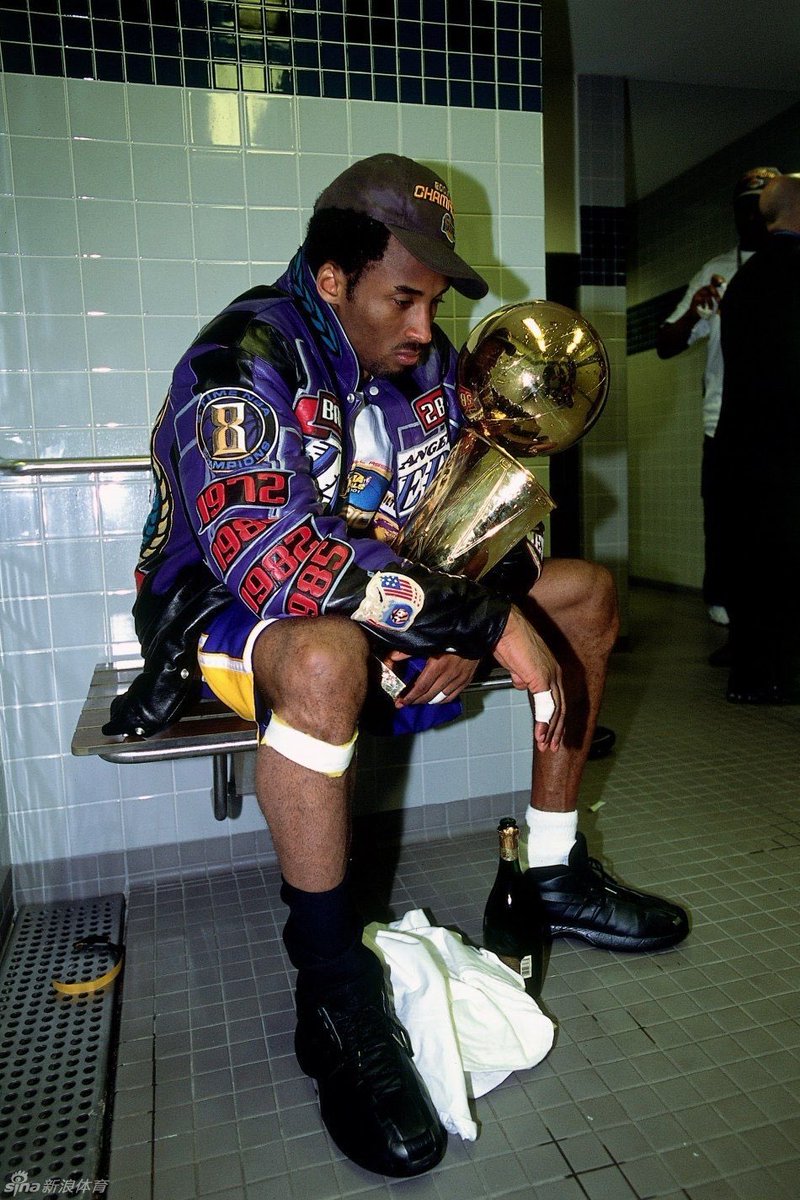 Today is Mamba Day. 8/24. Representing the two numbers Kobe wore in the NBA. I want to use this day to talk about his focus, hard work & dedication. The Black Mamba represented these throughout his entire basketball career & even in his retirement through other ventures. We call this the “Mamba Mentality”.

I had a football coach in high school that always pushed us to be great. He didn’t accept mediocre effort, & when he saw it he’d let us know. We’d be in the weight room lifting & if he saw someone slacking off he’d yell;

“Everybody wants to be great, nobody ever wants to put the work in!”

Kobe isn’t one of those people. Kobe may have loved the work more than he loved being great.

My coach also gave us plenty of other life advice such as “Stop chasing skirts & focus up,” but that’s a whole different discussion.

We know Kobe as one of the most determined athletes of all time. His level of focus, dedication, & insane work ethic allowed him to be regarded as one of the greatest hoopers ever.

Here are just a few stories to illustrate the Mamba Mentality:

When Kobe was 18 years old in his first year, his teammate Byron Scott caught him shooting in the gym with the lights off… 2 hours before practice was set to begin. This is him at 18 years old. Already so determined, so focused.

I heard the ball bouncing. No lights were on. Practice was at about 11, it was probably 9, 9:30. And I go out to the court and I look, and there’s Kobe Bryant. He’s out there shooting in the dark. And I stood there for probably about 10 seconds, and I said “This kid is gonna be great.”

Kobe was always the first player in the gym getting his extra work in. Being injured didn’t even stop that. Bryant’s former teammate John Celestand told a story from the 1999-2000 NBA season in which Kobe broke his wrist. Celestand thought this could finally be his chance to beat Kobe to the gym in the morning; he was wrong.

Kobe was already in a full sweat with a cast on his right arm and dribbling and shooting with his left.

I remember a game where Kobe hurt his shooting shoulder. He convinced the staff to let him play & he started shooting lefty. If my memory is correct, he even hit a smooth turn around jumper with his left during that game. Unbelievable determination.

Shaq has told stories about him practicing on the court without a ball. Just getting mental reps in. Not too many people have the level of focus to get through that workout without a ball over & over again.

The best part about Kobe Bryant’s work ethic is that it didn’t stop once he achieved greatness. In the beginning, he had no choice but to push himself to his limit in order to reach the level he wanted to reach. By 2008, he was already a superstar & one of the greatest basketball players ever, but he didn’t stop. Stopping wouldn’t have fit with what Mamba Mentality represents. Wade & Bosh talked about their experience of being his teammate in the 2008 Olympics.

We’re in Las Vegas and we all come down for team breakfast at the start of the whole training camp. Kobe comes in with ice on his knees and with his trainers and stuff. He’s got sweat drenched through his workout gear. And I’m like “It’s 8 o’clock in the morning, man. Where in the hell is he coming from?”

Everybody else just woke up… we’re all yawning, and he’s already three hours & a full workout into his day

A Team USA trainer has also shared a story of Bryant. He said Bryant once did a workout that lasted from 4:15 am until 11 am, because Kobe refused to leave the gym before making at least 800 shots.

The man even forced teammates to stick back after practices so he could work on new moves using them as prop defenders. But, when I say focus… I mean EXTREME focus. Kobe Bryant had Nike shave a few millimeters off the bottom of his shoes in 2008 because he believed it would give him “a hundredth of a second better reaction time”.

Allegedly, Kobe even learned to speak French just so he could trash talk his Western Conference rival Tony Parker.

The dedication, work ethic, and extreme focus was beginning to pay off in other areas as well after retirement from the NBA. This is because even throughout his playing career, he was lining up his retirement ventures. With extreme focus usually comes extreme preparation. He was always preparing for his next move. He used to cold call business executives at any hour of the day just to pick their brains and learn.

Billionaire investor Chris Sacca said he told Kobe to do his homework on investing & for the next few months Kobe was blowing his phone up in the middle of the night with questions or thoughts because he was up researching at 3 in the morning. Sacca said his wife even had to ask him if he’s having some kind of affair with Kobe Bryant, just to make sure.

Even Michael Jordan is very fond of Kobe’s work. He said Kobe had done the work to deserve the comparison & that Kobe’s the only one to have done the work at Jordan’s level.

Let’s sum Mamba Mentality up with some words from the man himself:

I saw you come in and I wanted you to know that it doesn’t matter how hard you work, that I’m willing to work harder than you

There’s a choice that we have to make as people, as individuals. If you want to be great at something, there’s a choice you have to make. We all can be masters at our craft, but you have to make a choice. What I mean by that is, there are inherent sacrifices that come along with that. Family time, hanging out with friends, being a great friend, being a great son, nephew, whatever the case may be. There are sacrifices that come along with making that decision.

I never looked at basketball as work. I didn’t realize it was work until my first year in the NBA. When I came around, I was surrounded by other professionals and I thought basketball was going to be everything to them and it wasn’t. I was like “This is different”. I thought everybody was so obsessive about the game like me. It was like, no? Oh, that’s hard work. I get it now.

I had a different drive. The kind that made people uneasy. Some people wanted me to come back down to Earth. To come down to their level. To relax. But I couldn’t. It wasn’t in my DNA. Because to go where others have never gone, you have to do what others have never done.

Happy Birthday & Rest in Peace to the legend that is the Black Mamba, Kobe Bryant.