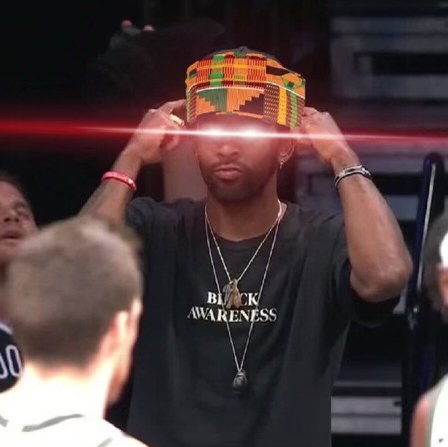 A few months after exiling Kyrie Irving because he didn’t take his medicine, the Brooklyn Nets have opted to bring Kyrie back. Why? They’re worried about running out of healthy players.

The NBA has been dealing with a Covid-19 outbreak all week. Games are being rescheduled, players & coaches are being deactivated due to health & safety protocols left & right. The NBA is even changing some of its Covid-19 rules & regulations in an attempt to slow the spread.

The Chicago Bulls were one of the first teams to have a legit outbreak with games being postponed. That is what prompted me to write Covid-19 is Running the Court in the NBA earlier this week. In the article, I talked about the NBA’s controversial Covid-19/medicine protocols & the details of the current NBA outbreak.

The day I dropped that article, it seemed like an NBA player tested positive for Covid every 15 minutes. It’s at a point where a Woj tweet without “Covid-19” or “health & safety protocols” is an anomaly. In two days, the league went from 24 players out to 48 currently.

The Brooklyn Nets were one of the teams that got hit hard. They played a game against the Raptors with 8 active players the other night. The Nets have 7 players inactive due to Covid-19 health & safety protocols as of today.

Good thing Kyrie Irving hasn’t been around the team or this would be all his fault, I’m sure.

As you see in Woj’s tweet above, the Brooklyn Nets are essentially worried about running out of healthy players, despite the players being required to take their medicine. Interesting concept if you ask me. Anyways, they’ve called on their un-medicated NBA All-Star Kyrie Irving to save the day.

There isn’t an official timetable on his return. According to Woj, there’s some checkpoints before Road Warrior Kyrie can return to playing for the Brooklyn Nets. The Nets haven’t seen him train in a while, so they want to make sure he’s in game shape. He’ll also need to test negative five consecutive days before making a full return.

Look, all I’m saying is Covid-19 is running wild through the NBA right now, & I haven’t heard of Kyrie Irving catching the bug YET

Me, Covid-19 is Running the Court in the NBA

We’ll see if that quote from my previous article ages well. Even after he completes 5 consecutive days of negative tests, he’ll still need to test daily as an un-medicated player due to Covid-19 protocols.

Due to the NYC mandates, Kyrie Irving still won’t play in home games. This means he stuck to his principles.

This is a lesson that no matter the obstacles you face, if you stay true to yourself, you will overcome them.

The Men Of Order already told you the NBA needs Kyrie more than Kyrie needs the NBA. This proves us right.

Go over to the Men Of Order YouTube. Subscribe & turn our post notifications on so you don’t miss our special episodes. We’re going live to discuss this Kyrie Irving story in more detail. See ya’ll there!