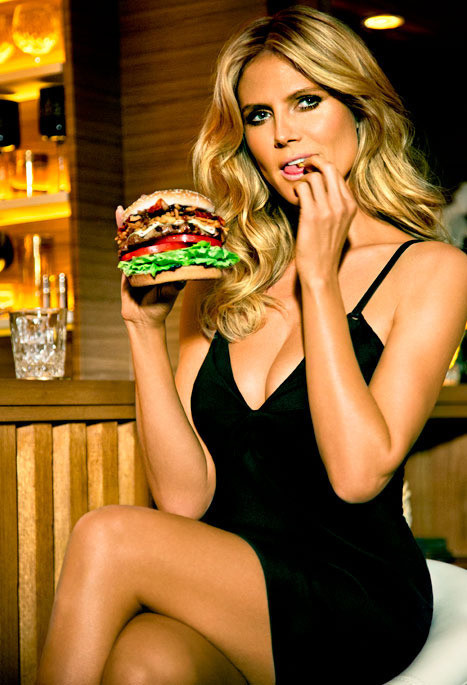 How Media Influences Our Diet

When we’re kids, we get exposed to a lot of unhealthy food choices via advertisements in various forms of media. Children are easily influenced by these ads & most of us have developed at least one unhealthy habit that stuck with us later in life. It starts with the youth, & these food companies know that. If they can get you when you’re a kid they can maximize your lifespan as a customer as long as they continue to satisfy your expectations from the product. Kids also influence their parents or guardians to purchase something for them.

Children are more susceptible to these advertisements than adults because they don’t understand what’s going on. Research has shown that kids under 8 years old are psychologically & cognitively unequipped to understand the dynamic of advertising. They accept it all at face value because they don’t understand the concept of selling & being sold. In the 1970’s, the Federal Trade Commission actually came to a conclusion that advertising to children under 6 years old is deceptive & unfair.

There’s a link between obesity & hours of TV watched, especially in children. In 2010, children who watched three hours of TV per day were at a 50% higher risk of being obese. This is because most of the advertisements they’ll see will be unhealthy food options. As of 2010, 50% of ad time on children’s shows were food advertisements. Almost three out of every four of those food ads were unhealthy options with candy & snacks leading the way at 34%. Fruits & vegetables were at 0%.

Companies also target children in schools with their advertising. A lot of us can remember our favorite celebrities on “Got Milk?” posters & Coca-Cola branding on the vending machines. Locally, food businesses might sponsor discount nights with a local school or offer discounted prices for their Friday pizza parties. Signage & labeling at schools have an effect on the students’ food choices. This isn’t good, considering most of the choices marketed in schools are poor nutritionally. A national survey found that 67% of schools have advertising for foods that are high in fat or sugar. When children are away from home & their parents/guardians; these companies swoop in & get the kids on board, despite any efforts at home to have a healthy diet.

Another way companies target children via media is by advertising free prizes. Think about the toys that come with a McDonald’s happy meal & how many times you wanted it as a kid just because you wanted the toy you saw in a commercial. The toy was typically a children’s favorite in the media, whether it be movie or TV show characters, etc.

Adults Get Targeted Too

Adults aren’t off the hook as they get targeted too. Men aged 21-50+ are targeted by beer & alcohol companies any time they watch a sporting event. The pizza & other food businesses get in the mix too, of course. We are heavily influenced by the commercials showing the exact NFL Sunday party with the boys we wish we were having. Buying the product makes it that much closer to a reality. That’s just one example but there are many more, including companies that advertise to parents & claim to be the best option for their child.

Social Media influences how we eat as well. Let’s be honest, it influences just about everything & different things for different people. When it comes to how we eat & drink, it can go both ways. People post their food & drinks for many reasons. A nice picture of a dish from a restaurant, showing off what you cooked, posting updates of your diet, the ice cream sundae you indulged in, etc.

A study done by Aston University in England showed that people are influenced by the diet choices made by their peers & posted to social media. The good side is they’d eat more fruits & vegetables when they saw their friends doing it on social media. The bad side is that if their friends were indulging in unhealthy diet choices, they’d indulge more too.

Social Media might be encouraging children and young adults to over indulge in unhealthy diet decisions. Teens are engaging with unhealthy options such as fast food, candy & sugar-filled drinks. More than 67% of teens surveyed in a study stated that they interact with fast food, candy, & sugary snacks & drinks companies online. Pepsi, Coca-Cola, Doritos & McDonald’s are a few of the companies dominating the timelines.

The difference between social media & the traditional form of media advertisement is that social media prompts users to share the media with their followers. It is much more prevalent & influential for that reason. The good news is that it can work in a positive way. If people begin sharing more & more healthy options, social media users will be influenced to have a healthier diet.

A diet full of unhealthy foods, as is advertised to us everywhere, can lead to some serious health issues. The main one is obesity, which leads to many other health issues, including various diseases. We have to ignore the media & advertisements & worry about what is best for us. Right now, we have an obesity problem. Media & advertising is definitely playing a huge part in it.

One in every three adults in America is obese & every US state & territory has an obesity rate of at least 20%. In 2019, around 18.5% of people aged 2-19 years old were considered obese. Right now, about 500 million adults in the world are obese & that’s expected to increase to 1 billion if it’s not addressed. There are obviously health concerns when it comes to obesity, as it raises a person’s chances of developing certain diseases. In 2012, there were more than 2.8 million hospital stays in America in which obesity is a main cause or contributing factor.

As of 2020, the total obesity related medical costs in America averaged around $150 billion per year. Research from Harvard says the total costs per year could jump up another 50% in the next decade. There are some circumstances in which diseases lead to obesity or contribute to it, evidently making it difficult to overcome it. Other than that, there are certain factors that lead to obesity, such as lack of exercise or a bad diet. If this is one of your problems, read my previous articles:

According to a study done by Harvard researchers in 2020, obesity rates are higher for Hispanic, Mexican American, & Black populations than Caucasian populations.

Is Media To Blame?

A 2019 report states that from 2013-2017, food & drink businesses started spending 4% less on TV advertising while increasing spending for programs directed at Black youth by 50%.

Researchers from 3 universities took a look at 32 food & beverage companies that spent over $100 million on TV advertising. In total, $11 billion was spent, 80% of it being fast food, candy, sugary drinks, & unhealthy snack advertisements. In this study, McDonald’s, Subway & Wendy’s were at the top for advertisement spending targeted towards Spanish speaking TV. Also; Domino’s, Burger King, Wendy’s & Arby’s ranked at the top for TV targeted toward the Black population.

How Media Influences Our Diet

Food & beverage companies know what they’re doing when it comes to influencing the market to buy. Whether they are targeting certain ages, certain races, vegans, etc; they are going to sell themselves as the best option for you. It’s important to look into some of these options before just blindly falling in love with a food brand because of the dope logo or catchy song from a commercial. Even if something is being sold as super healthy & it all sounds good, do some extra research. Advertising media & social media are huge influences on our diets & what we all consume. In order to fix the obesity problem we are seeing in the world today, we need to start living healthier lifestyles. Tuning out the unhealthy food & beverage advertisements & trends is a great place to start.

2 thoughts on “How Media Influences Our Diet”